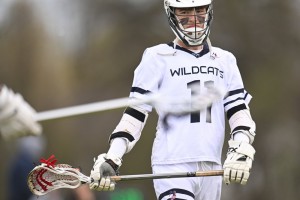 The Saginaw Bay Wildcats, which is a joined team with Nouvel Catholic Central High School and John Glenn High school, had a tough ending to their season on Friday May 20th. They had their first playoff game against Goodrich which was a hard fought battle and ending with a loss and final score of 7-11. This is the last game of the year for the Wildcats, but the Wildcats had a much better lacrosse season than the last year. They ended the season with a record of 3-12, but for a second year lacrosse team it isn’t that bad as it seems. They beat Bay City Central twice, which was one of their biggest rivals.