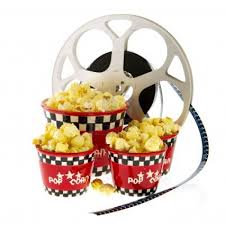 As the spring season starts up, there are a lot of new movies coming out. Below are just a few of them that are getting a lot of hype and might be worth checking out…
• Godzilla– which comes out on the 16th of May. This fantasy action adventure is written by Max Borenstein and Directed by Gareth Edwards. This movie is described as an epic rebirth of Toho’s icon Godzilla. This is another reboot of the original, where Godzilla (a giant radioactive monster) attacks mankind. (Warner Bros)
•  Captain America: The Winter Soldier– which comes out on the 4th of April. It was written by Christopher Markus and Stephen McFeely with Anthony and Joe Russo directoring. The plot of this New Captain America movie is a man named Steve Rogers struggles to embrace his role in the modern world and battle a threat from history. (Walt Disney Pictures/ Marvel Studios)
•  Noah–comes out on the 28th of March, directed by Darren Aronofsky with the Gladiator himself, Russell Crow in the title role. The plot of Noah is God sends a great flood to destroy all life on Earth, but instructs Noah, to build an ark and save life from the Flood.(Paramount)
• The Amazing Spider-Man 2 — comes out Friday, May 2. Peter struggles to keep the promise he made to Gwen Stacy’s father, which was to stay away from her. As he endangers her with his mere presence, a new villain arises and an old villain returns. How will Peter keep the balance between love and protecting the people he loves? (Sony Pictures)
•  X-Men: Days of Future Past — will be released in theatres Friday May 23. A balance between future and present is the plot of the story. Surviving mutants are put in concentration camps, while Giant sentinel robots patrol America in the Future. In order to save the future, The X-Men have to stop a key event from happening in the present. (20th Century Fox)
• Maleficent– starring Angelina Jolie will be released Friday May 30. Maleficent is one of Disney’s most iconic villain from “Sleeping Beauty” This film entails Maleficent’s innocent past and how an invading army causes a ruthless betrayal to occur. This betrayal turns her pure and innocent heart into stone. After Maleficent is forced to curse a newborn infant Aurura, she realizes that she is the true key to her happiness. (Walt Disney Pictures)