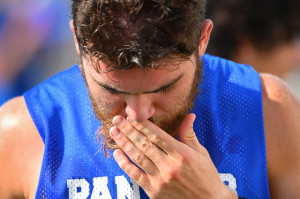 Tuesday, October 18, 2020 Nouvel was one of the many schools to be shut down for a few weeks, after a flare up breakout occurred in the school. This quarantine lasted until Monday, November 9th when everyone was finally able to attend school again. When return happened it was already about a week into the month of November. Therefore, Nouvel staff and students thought it would best to have No Shave, No Shiver start Monday November 16th and go all the way until the week of Christmas break. As the idea seemed to gain the liked majority, it will now be ending at Christmas Break. A new update happened on the closure of schools in the area, according to the Governor. Since schools will be closed for the next three weeks, questions have been floating around about the continuation of No Shave, No Shiver, November. Mr. Decuf has stated that, depending on our scheduled return date, he is open to discussing an extention into the month of January. On a positive note, Nouvel has raised $1,200 in response and is using it for parish giving trees.