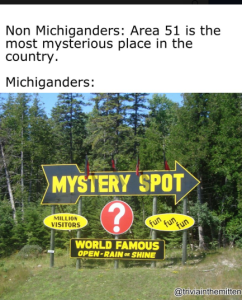 News of the “Area 51 Raid” has spread everywhere. This comedic meme started as the “Storm Area 51, They Can’t Stop Us All” event on Facebook, but it drew attention after over 2 million people stated that they were “going” to the event. Popular celebrities have incorporated this event in their work, including Lil Nas X’s music video for “Old Town Road.” Law enforcement has discouraged people from attempting to storm the military base. The original plan included a specific approach. The ‘Kyles’ and the ‘Karens’ were to run in a straight path at the base. The ‘Naruto Runners’ were to flank around the sides. Now, this comedic plan has been mostly forgotten about. Instead of actually storming the base, people have come up with the idea of hosting a festival outside of the restricted base. This idea of hosting a festival has been approved by the law enforcement within the area. Businesses have been affected in a somewhat positive way, and are planning to release products for those who are intrigued about the event. The festival is scheduled for this September 20th.

UPDATE: The event ended up being a peaceful get-together, with anywhere between 5,000 to 20,000 people attending the alien-themed concert. One caution going into the event was the actual legality of the event. Although a small handful of people were arrested for trespassing, the overall event was a success.