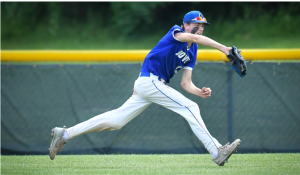 The Panthers’ spring sports teams all completed very successful seasons over the summer.

The boys baseball team went all the way to the State Championship game losing to Petersburg Summerfield 9-0. The team was led by Harrison Dwan ’20 who was also named to MLive’s baseball Dream Team.

The girls’ soccer team made it all the way to the State Semifinals, coming up just short to a very talented Royal Oak Shrine team. The ladies were led by Katherine Felton ’19 who scored a commanding 41 goals throughout the season.

Girls’ tennis had an underdog season, tying Hemlock to qualify for States for the first time in eight years, and competing very well there.

The golf team also had an outstanding season making it to states and finishing 12th out of 18 teams. NCC grad Jonah Wright was the top performer on the team shooting an 88 through 18 holes.

Finally, Zaiden Mitchell ’20 and ’19 grad, Brianna Greene both made it to states for the track team. Zaiden finished 12th our of 35 and Brianna finished 4th out of 35 as well.